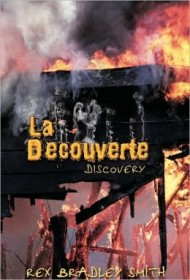 This is an ambitious novel about a man’s quest to make peace after the loss of his daughter in a rafting accident. The story is intelligently written, with a strong mystical theme, but in the end, the tale suffers from numerous errors – all avoidable with better editing.

The story begins with the death of Marcel’s 10-year-old daughter Mandy, after she disappears in the “seething current” of New Zealand’s Waimariri River. Marcel leaves his home for a fresh start in London, where he finds work as a dentist in an office operated by the insufferable Simon and his wife, Kate. Other characters, particularly girlfriend Kristi, and childhood friends, Paul and Jeisa, also play important roles.

The plot is driven by the search for three gems that were once a part of an old painting. A visit to a psychic provides clues to their whereabouts and reveals some surprising connections between characters in their previous lives.

The plot is complex, the characters full and the mix of tragedy and growth lend the book depth. But there are many editing issues. For example, on page 276, Kate tells Marcel that Kristi, now his ex-girlfriend, has lost her husband and child in an accident. But 14 pages later, when Marcel receives Kristi’s e-mail, he is “shocked” at the news and wonders why Kate hadn’t told him.

In addition, the text contains misspellings, typos and the wrong use of words (“sort after” instead of “sought after,” “your” for “you’re”), which greatly undermine the author’s otherwise thorough work. As a result, the read is a frustrating experience, leaving readers questioning the author’s technical expertise.