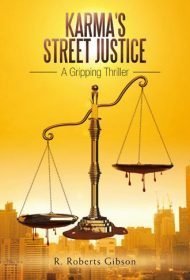 Main characters are Anita Tolliver, an African American judge, and Lt. Detective Sherman Lacy, who share a passionate relationship, although Anita is married. Others include Carlos, an overweight, young black man who takes drugs to fill his days; Lewis Temple Jr., known as LL (for Little Lewis); Lewis’s father Big Lewis, a convict who everyone fears; and Junior, a snitch.

The story wastes little time getting underway: LL brutally murders his father’s fiancée after he and Carlos witness her flirting with another man while Big Lewis is locked up. He also murders her two young children. While Carlos doesn’t do the killings, he’s an accomplice.

The book then turns to Detective Lacy, who is called to a home where he finds the decomposing bodies of two children. He connects the bodies to a murdered woman whose burned body was found by a lake. His dogged investigation comprises the police procedural part of the narrative.

Judge Tolliver shows the courtroom perspective, since she is tasked with issuing search warrants for the murder investigation. Her romance with the detective is steamy, filled with explicit sex scenes. All narratives converge by the novel’s surprising conclusion.

Gibson knows about crime (she practiced criminal law before becoming a judge), and the story is often gripping. But it loses momentum because the author unfolds the narrative in first-person vignettes from every character. Readers get Anita’s perspective for a page, then Lacy’s, then LL’s, etc. The shifts in viewpoint and voice are jarring and distracting. To confuse matters further, the vignettes’ tenses are inconsistent, some written in present and others in past tense and some mixing both.