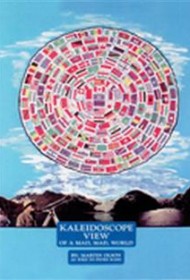 Retired New England building contractor Martin Olson says he is no pessimist, but cries of anguish dominate this 2003 political tract. Governments, he writes with raw passion, are motivated only by greed and hatred. He provides 20th-century sketches of Japan, Germany, Italy, the U.S., the USSR, and Iraq, among others, to support his thesis: “In any country, power and happiness are always incompatible”; “We live in a world that is utterly mad!”

These ideas are not entirely his own. In a foreword, Olson explains that his book is actually a condensation of (and extrapolation from) an out-of-print 1941 volume called Design for Power, in which historians Frederick L. Schuman and George D. Brodsky examined the totalitarian urges that had just ignited World War II. Design for Power is long forgotten, but Olson uses its grim, conspiratorial template–and its bizarre parallels to Alice in Wonderland–to interpret later bloodbaths in Korea, Indochina and the Middle East. His view of all global leaders is dim: “lunatics competing for the control of the world and the future of all humanity.”

Long on emotion but short on coherence, Kaleidoscope View is often contradictory–extolling pacifism in one breath and decrying diplomatic “appeasement” or “defeatism” in the next; championing individual freedom here (“government seems to be hostile toward the governed”), authoritarian control there (“the cure for anarchy is order”). Perhaps Olson’s use of a collaborator compromised clarity. In any event, he predicts future U.S. wars “with Arab nations” but has little to say about borderless terrorism and doesn’t mention 9/11 or its effects.

The last 38 pages of the book are comprised of documents, letters, photos and charts relating to the author’s business career and stint as “an assistant to the Chairman of a Swiss Trust.” These aren’t essential to the book. More relevant is the fact that in his present role of political commentator, Olson is by turns furious, eloquent and, too often, bewildering.