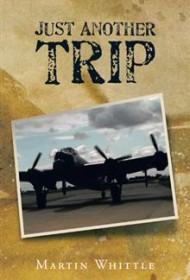 This story concerns men who, in the words of one character, fly “night after night to targets we can’t see for reasons we don’t know.” Martin Whittle’s WWII novel is about the crew of a Lancaster bomber, dubbed M-Mother, during the ill-fated, controversial, British Bomber Command campaign to destroy Berlin from the air.

Nietzsche warned us, “If you gaze long into the abyss, the abyss gazes also back into you.” Whittle brilliantly describes this sort of hell, in which young men fly in total darkness until searchlights blind them or cities afire, night fighters, flak or exploding aircraft light up the sky. What it does to their bodies, minds and spirits is the subject of the story, which is told mostly from pilot Matt White’s point of view.

As the book begins, in August, 1943, White is solid, calm, outwardly unshakable and confident. The author portrays him in a near matter-of-fact style. The crew goes through missions, and in the calm between horrors, they meet women, fall in love, complain, and above all else, drink. As they chalk up operations, they lose friend after friend, and the abyss begins to change all of them, including White.

The narrative style parallels these developments, shifting as the story progresses from a straightforward telling to one drenched with emotion. Readers are slowly drawn in, wondering who will crack up, who will die, who will survive. A healthy sprinkling of Brit-slang — words and phrases such as “whilst,” “crumpet,” “steady on,” “jug of wallop,” “bloody parky out here” — lend atmosphere and authenticity to the tale.

Subtle, incisive and psychologically oriented, this is a fine book portraying, as the back cover notes, “the stark distinction between the raw brutality of the operations and the relative tranquility of the intervals in between.” It will be enjoyed by WWII buffs — or anyone else simply looking for an engrossing story.