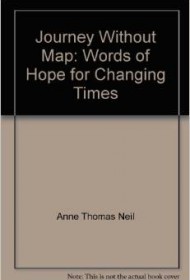 This life story and selected writings of Baptist missionary Anne Thomas Neil is an important contribution to American religious history and feminist thought.

Neil, born in 1920, served in Nigeria and Ghana for more that 26 years as a Southern Baptist Missionary homemaker, nurse educator, community organizer, teacher and counselor. Neil decided to be a missionary when she was just six. She prepared by attending college, nursing school and seminary. She married a man who shared her dream. When the mission assignment came in 1953, she was appointed as a helper to her husband, as her church did not allow women in leadership roles.

When Neil and her husband retired to the United States in 1981, she could have rested and basked in the honor her church accorded to those returning from foreign missions. Instead, she became a leader in social justice, pastoral education and women’s causes. She helped found Baptist Women in Ministry, a movement for women’s ordination,
and the progressive church group The Alliance of Baptists. She also helped found The Baptist Theological Seminary of Richmond and the Duke Divinity School — Baptist House of Studies. In 2000, only days before her 80th birthday, she was ordained as a
minister of the Baptist Church.

These texts of Neil’s most significant public addresses from the 1980s and 1990s are a record of the development of progressive thought in her church. The wide range of spiritual influences includes such figures as mystic Evelyn Underhill, medieval abbess Hildegard of Bingen, pacifist and war resister Dorothy Day and feminist theologian
Rosemary Radford Reuther. Co-authors Karen L Caldwell and Karen S. Moore provide essays that set the addresses in historical context. Particularly moving are the commissioning addresses given at the ordinations of a new generation of women to ministry.

Journey Without Map is an inspiring work of interest as women’s history and as spiritual direction.