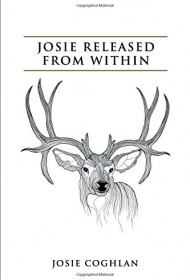 The title of Josie Coghlan’s memoir refers to the outcome of her struggle with relapsing episodes of bipolar disorder and decade-long search for the right medication.

In the book’s first half, Coghlan delivers her account of her mental health travails, writing with remarkable candor. She begins with a short chapter on her Catholic upbringing in Australia, followed by a frank discussion of her first breakdown at 16 and subsequent stay in a mental hospital. The sixth of eight children in a working-class family, Coghlan remembers a happy, active childhood in rural Queensland, Australia. But in high school, she fell into a severe depression, unable to function. Diagnosed as bipolar, she began a 10-year cycle of debilitating depression recurring at six-month intervals.

Meanwhile, she married, and she and her husband did their best to cope with her condition. Coghlan started a family but struggled with post-partum depression. Soon, with her newborn in tow, she entered a special treatment facility and began taking lithium, ending the relapses for good.

While the early part of her story will hit home with others who’ve dealt with mental illness, the later parts, which touch on other challenges she faced, are unfocused and lack impact. Her call for compassion for people who suffer from mental illness is significant, but her good intent is diminished by several writing flaws. Her sentences can be awkward, such as: “Serious education for people’s awareness and real help to those who don’t have the breakthrough that I was lucky enough to have are a heartfelt wish from me that goes out to them.” In the final pages, she lights on new topics with each chapter but without depth. After these meandering narratives, she includes several pages of her poetry.

Coghlan’s tale of her journey through mental illness is powerful and could offer insights for patients and their families. The rest of her memoir, however, will likely be of interest mostly to family and friends.