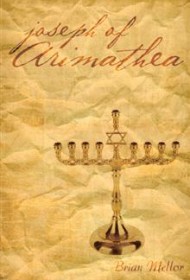 Joseph of Arimathea, a little-known Bible character, is the subject of this well-researched historical novel. Uncle to the Virgin Mary and a wealthy merchant, Joseph of Arimathea wielded a substantial amount of power in his day.

Author Brian Mellor diverges considerably from traditional stories of the life of Jesus. In this version, Joseph of Arimathea is part of a Sanhedrin plot to fulfill ancient prophecies, producing a Messiah who will unite all the tribes of Israel and rise up against Rome. Instead of telling the story of a virgin birth to a young, childless couple, Mellor’s tale involves Sanhedrin priests handpicking Mary and Joseph to be parents of the Messiah. Groomed from an early age, Jesus is well-schooled in Jewish customs and values. As an adult, he fulfills his destiny by preaching and teaching to the Jewish masses.

Mellor’s tale incorporates facts directly from the Bible, yet places them into an entirely unique framework. Jesus is kind and loving, as one would expect, but is largely the puppet of the men who have determined his destiny. Characters historically deemed as traitors, such as Judas and Pontius Pilate, have their stories reworked so they are supporters of the Messianic plot.

Most controversial to a traditional Christian audience will be Mellor’s treatment of the crucifixion. Mellor imagines circumstances quite divergent from the traditional death, resurrection, and ascension of Jesus, yet manages to construct a plot that explains how the Christian church acquired the view it holds today.

A well-written book in terms of narrative, Joseph of Arimathea unfortunately has myriad spelling and editorial errors—more than one per page—which detract greatly from the quality of writing. Readers who can get past the errors and who appreciate a new look at a traditional religious narrative will enjoy this book.