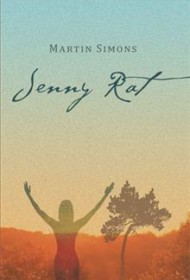 When a lonely engineer finds a badly injured teen girl in the gutter by his home, he becomes obsessed with her wellbeing and soon embarks on a relationship that will be life-changing for them both.

Michael Ingram has just finished his regular Sunday visit with Jacquie, a prostitute, when he steps outside and finds the girl. She is filthy, bleeding, painfully thin and has been sexually abused. A “filthy little rat,” by Jacquie’s definition.

Later when Michael, 28, visits her in the hospital and asks her name, she tells him, “Filthy little rat.” Her name is Gianetta, which becomes Jenny and later, affectionately Jenny Rat. Jenny, 14, is already known to the social workers, who explain to Michael that she has been in the system previously, has no family nearby and has experienced a great tragedy in the recent past. As Michael and Jenny earn each other’s trust, they confide their secrets, and the two soon fall in love. When Jenny, who suffers near paralyzing panic attacks, runs away from the hospital and arrives on his doorstep, he passes her off as a sister, and their life together begins.

Simons is an accomplished writer with full command of the technical elements of the craft. The characters are sympathetic and complex, the plot fully developed and the dialogue realistic. Literature and the art of sculpture play important roles in the story, and Simon uses his knowledge of both to add interesting detail and layers to the story.

Two issues might give some readers pause: Many characters in the story know the truth of Jenny and Michael’s relationship and seem to accept it, which feels unrealistic. Also, Jenny’s relationship with Michael mirrors one that destroyed her family, so it’s questionable that this similar relationship might save her. Both matters are possible, but not necessarily plausible.

Nonetheless, this is an engaging read with an expected and realistic end. It should be enjoyed by a wide readership.