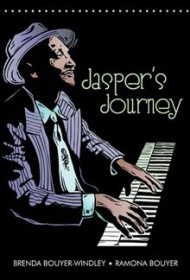 Set up by a prose introduction, the 18 scenes of this musical drama tell of a life broken by booze and then partially reclaimed by a family’s love. Characters talk to one another, but also often burst into song. (No accompanying musical score appears to be available to determine the tunes of the songs.)

The opening is on the mean streets of New York where Jasper, who is, the introduction informs us, a former song and dance star on Broadway, has drunk his way into destitute homelessness. Having abandoned his family, he longs for a home, a place, he sings, “where I can be / warm and struggle free.” But he does nothing to find one. Instead, he is swept into the culture of the dispossessed, joining a group of derelicts who dream of a gloriously illusionary future while enduring a nightmare present.

Only while recovering from being accidentally shot trying to dissuade his fellow bums from robbing a grocery does Jasper at last determine to lift himself from the gutter and so gets a job as a building custodian. Meanwhile the family, now in California, is torn by his absence. “He is my life,” sings his wife Martha, “he is my love,” but his embittered son declares, “He did nothing but make life miserable for us.”[

Eventually, the separation is somewhat improbably resolved when the son gets a job in the building where the father is cleaning. This leads to the main characters’ tearful reunion.

All of this is told in rapid-fire shorthand that moves past issues before they can be digested. When Jasper and other homeless characters remark on how society regards them as outcasts, for instance, it should lead to a scene or two demonstrating the wider world’s callous indifference to its human discards – but doesn’t. Ultimately, while the play has potential, its premise is stronger than its execution.