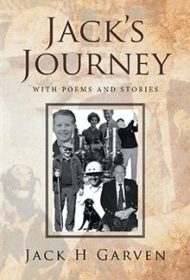 Jack Garven is Scottish through and through, and a dry Scottish wit punctuates this memoir of a poor farm kid who went on to manage the construction of oil and gas facilities in a dozen far-flung locales.

Writing this book at his family’s request, Garven compresses the early years: his childhood during WWII, marriage at 22 to teen-aged Patricia “in a shotgun wedding,” and the slog through low-paying jobs as he gradually pursues higher education in engineering.

Then the adventures begin, first with a contract position in Iran in 1968, building a gas treatment plant, and eventually with upper management positions with BP (then known as British Petroleum). Wherever he goes, Garven navigates local customs and adroitly overcomes glitches to keep construction on track. But the best stories reveal that he’s not just a dull technician: for example, in Oman he accepts the challenge of a naked scrum at a pub (following a televised rugby game), and in eastern Russia he takes an ostensibly work-related sauna with the local managers, knowing that it’s really “a biggest cock contest.”

The author’s Scottish dialect shines throughout (even when the exact meaning may be unclear to American readers). He also includes poems, which are featured throughout at appropriate points.

Unfortunately the writing is uneven and often puzzling. The years events take place are seldom mentioned, and family and others are infrequently named (referred to as “the contractor” and “an American,” etc.), let alone fleshed out as characters. Additionally, Garven’s descriptions of his work are highly technical. Non-U.K. readers should also be forewarned that they will encounter unfamiliar and unexplained references. For instance, Garven introduces a poem as being written “for use at Hogmanay, and Burns Night.”

A general audience will likely yearn for more exposition and context. Garven’s family and countrymen, on the other hand, will certainly revel in the mix of Scottish lore and international adventure, and those in his field may encounter passages of interest.