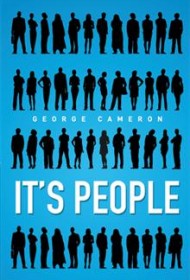 George Cameron’s business book offers snippets of advice to aspiring executives, middle managers and CEOs. “These suggestions may seem somewhat random,” he writes on the back cover, “but each attempts to contribute to building an organization based on trust and consideration of the needs of the individual…”

Cameron has worked in a range of organizations, from small businesses to “multinational offshoots” and publicly listed companies.” He begins with several caveats. He notes that his initial intent wasn’t to write a book; thus, the sourcing of many quotes and excerpts is “loose and probably inaccurate.” He adds that his suggestions aren’t carefully arranged, “building to a crescendo of insight at the end” and that he “has no ambitions to present a serious academic tome.” That said, he proceeds to offer snippets of advice on everything from assertiveness and positive thinking to role models and integrity.

Cameron, indeed, shares useful advice: “It is very difficult to argue in a whisper,” he counsels. And: “Be prepared to plagiarize all the good ideas of your competitors.” He also offers more stale suggestions, quoting from All I Really Need to Know I Learned in Kindergarten, for example.

While it was apparently never his intent to carefully draft and edit his book, readers will find the lack of professionalism frustrating. Many passages read like quickly jotted down notes, rather than fully considered ideas. The author loses his focus occasionally (e.g., inserting a random sentence about dishonesty into a chapter on listening). Sometimes his advice even seems to quote memos he once issued, such as: “Pay suppliers reliably and consistently…We want to be known as a business that is easy to deal with.” Copyediting mistakes are scattered throughout (spelling Mahatma Gandhi as ”Ghandi,” among other lapses).

Still, one trusts that Cameron knows the territory well. And while the book would resonate far better with careful editing and sourcing, those willing to overlook the issues mentioned will glean some worthy nuggets here.