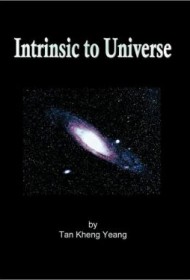 In his Intrinsic to Universe, Tan Kheng Yeang calls for a revolution that would permeate every aspect of civilization and eliminate the ills of war, homelessness, and unemployment. In his post-revolution society, both capitalism and communism would be abolished. Each person would be entitled to residential property and a means of living. Societal structures and paradigms tending to promote inequity, such as the stock exchange and the employer-employee relationship, would be eliminated.

Yeang grounds his model for a new society in a series of arguments wherein he seeks to prove that such a society would not only be “in harmony with nature,” but also “based on universal truths, not on mere human fancies.”

In making his case for these propositions, Yeang covers the whole spectrum of philosophy, from epistemology to metaphysics and aesthetics to ethics. Along the way, he critiques a variety of philosophers, including Descartes, Locke, Hobbes, Nietzsche and Marx. Because Intrinsic to Universe traverses such an enormous amount of theoretical territory, many of Yeang’s arguments are brief and difficult for readers to understand if they don’t have a background in the history of philosophy. Certainly some of the author’s referrals to vintage disputations lose their resonance without this knowledge.

Yeang’s book also has organizational issues. It suffers from repetition, and many of the claims made in the first part of the monograph are not supported until the second part, leaving readers to puzzle over the author’s early statements concerning concepts such as “nature’s plan,” the “progress of evolution,” and “universal truth.”

Despite these difficulties, which in some places require a very determined reader, it is clear that the book is the product of extensive research and careful thought, and it is worth pursuing for those with a philosophical bent.