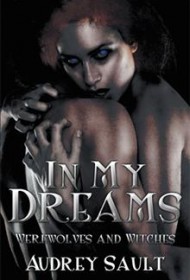 This paranormal romance contains all the elements readers have come to expect of the genre: a beautiful human heroine, a handsome lover with supernatural abilities, mysterious rituals, sizzling sexuality, and dangerous creatures lurking among local citizenry. Here, there’s also the dream realm through which magical characters can travel.

Through dream discussions with Aiden and waking conversations with her mother, Amber learns of her incubus heritage, i.e., she was born from a sexual union between her human mother and supernatural demon father who seduced her mother during her dreams. Amber also discovers she has the choice of living with Aiden in the dream realm or having him cross into her waking life.

Deeply in love, she chooses for him to join her, so he can help fight the crazed witches, lecherous werewolves, and other supernatural beings seeking Amber’s rare half-breed blood. “My three admirers were still behind me and so were about fifty other men, all following me like lost dogs. Holy crap!”

Bloody action, graphic sex, and assorted immortals fill the pages of this imaginative book. Intended as the first in a series, the story provides more than enough characters and subplots worth exploring in future volumes.

Even so, the book needs aggressive editing. Large information dumps (such as Amber’s mother explaining her heritage) would be more effective if teased out over time. The word “smirk” is greatly overused; “thank you” appears repeatedly as one word, and Amber is sometimes referred to as “Anna.” Additional spelling, grammar usage and punctuation errors on most pages distract from an otherwise entertaining novel.

With editing, this erotically charged tale of the supernatural has great potential and could serve to launch a successful new series.