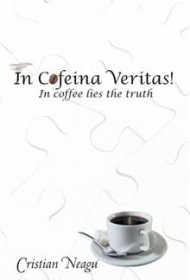 In this slim novel, Chief Quaestor Dan Demetriad of the Romanian police force is known for his prowess in solving difficult crimes. As a result, he and his loyal rookie inspector, Cezar, are tasked with finding Marius Badea, the son of a prominent nightclub owner and oilman. Badea might have been kidnapped or he might have staged his own disappearance. The clues lead Demetriad as far afield as Bordeaux as he attempts to outwit the perpetrators of the potentially lethal crime.

Demetriad follows in the tradition of the witty, hard-boiled detectives who break a few skulls while tossing off bon mots. Although the story has some artful moments, it often becomes bogged down in its own cuteness. Often, readers will feel as if they’ve dropped in on a private conversation that only the participants understand:

Oblique references to Romania throughout the book – towns, names, titles – only add to the confusion, since the book has no real sense of place. And it’s always troubling when the main character has to explain at great length how he solved the crime.

Author Cristian Neagu has a wry sense of humor: chapter titles include “Chapter III, Or the One Before the Fourth,” and “Chapter VIII, Or Simply, the Chapter Before the Last,” one of his bad guys is named Maurice Villain and In Cofeina Veritas! refers to the protagonist’s obsession with coffee, which he seeks out at every turn. More often, however, Neagu is too clever by half.

The book includes several chapters of Demetriad’s next adventure. The character has promise, but next time out let’s hope there’s more substantial fare on the menu to go with all that coffee.