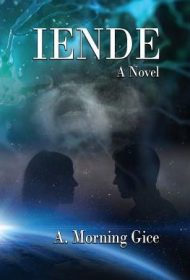 The first of the afflicted protagonists is Kyle Toewidch, a 22-year old struggling to pay the bills with a job cooking hot dogs in front of a hardware store. His parents help him afford a shabby apartment, and he has no real direction in life.

The second is Remmie Dunin, who stocks shelves at a natural food store and is desperate to get her life on a better path. Living at home and working for a sexually inappropriate boss compels her to seek out a customer who offered her a “job opportunity.”

As it turns out, Kyle is headed to the same location—a rundown warehouse in the middle of nowhere. After being held at gunpoint, the two escape and eventually meet up with Victor Harris, a potentially insane biomedical engineer who believes aliens are controlling humankind through tiny nanomachines inside every human being’s brain—and that Kyle and Remmie’s disease is the key to defeating the aliens and freeing humankind from mind control in the process.

Chased by those who want Victor’s knowledge—particularly the understanding of how to control millions of people—Kyle and Remmie begin a journey that will change them forever.

There’s a lot to like here: The characters are engaging; the pacing is relentless, and readers will find themselves utterly absorbed in the story. Additionally, the novel is powered by thought-provoking ideas (humanity is enslaved and doesn’t even realize it). While the apocalyptic element could have been strengthened—the alien theme is a bit nebulous throughout—Gice delivers a page-turning thriller. As such, it’s a shame that the cover art and title aren’t more enticing.

Nonetheless, IENDE is an exciting science fiction thriller that should appeal to young adult and adult readers alike.