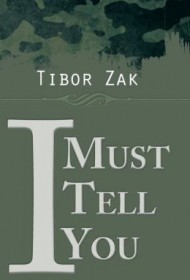 Often, it’s only the loudest voices that form our common understanding of history, yet many voices can give us a broader grasp of events. Author Tibor Zak adds to our WWII knowledge in this book that seems to be a memoir about his experiences during that turbulent time. (In the Introduction, Zak notes that “I do not intend to bore you with an autobiography” and that “many of the stories were told to me by relatives and close friends.” But he also states: “The book covers twenty-two years of my life, fifteen to thirty-seven.”)

A Hungarian, Zak is enrolled in college in Germany when the first stirrings of war
sound. His family isn’t Jewish, so he’s quickly drafted into the Hungarian military, whose goal is to rebuff the Russian forces storming the country. Instead, he goes AWOL and has numerous adventures throughout the war and afterwards, before eventually immigrating to the U.S. for a second chance at life.

Written when Zak was 90, the book contains a few confusing passages, but it’s generally gripping material. As the war draws to a close, he and some friends make several border crossings to trade and sell items — all highly illegal but small-time compared to the Russians who claim not just homes and property, but the young women they encounter while looting. After the occupation, Zak makes a fresh start in business, using his engineering background, only to have it absorbed by the Communist takeover. The smuggling operations and his young family’s escape to the U.S. both unfold with crisp pacing; we worry that he’ll be caught despite knowing the outcome.

The occasional dropped word or jumbled passage doesn’t detract from this story of survival against difficult odds — one that illustrates how hard it is to find the right “side” in a war. While I Must Tell You lacks the polish and artfulness of the best memoirs, it offers a fresh perspective on a familiar story that WWII buffs and history fans in general should find interesting.