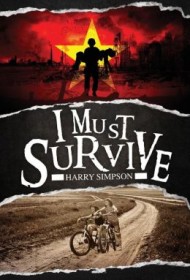 This is a tale of two stories: one centered on Brad J. Howard III’s simple childhood in rural Colorado; the second on his struggle for survival in the jungles of Vietnam. On the surface, they are two very different stories, and yet both depict struggles – one over poverty and ignorance; the other over almost certain death.

The novel opens as a new officer arrives to command Howard’s four-man Patrol River Boat crew, ordering the boat into places far too dangerous. The crew knows the mission could turn deadly, but the officer refuses their pleas to turn back. Only a short time later, Howard finds himself the lone survivor of a Vietcong attack, left to wander the jungle alone in hopes of saving himself. As he scavenges for food day after day – initially surviving on grubs and worms – while dodging the dangers of the jungle wildlife and Vietcong, Howard comforts himself with memories from his childhood.

Howard’s family is poor, but close knit with an abundance of love. Still, his is often a rough existence. There are frequent moves, bullies, and the loss of beloved pets. But it is always clear the hard times will pass, the family will prevail.

These are well told stories with interesting detail and characters that readers will recognize. The childhood chapters provide a nice contrast to the frightening weeks in the jungle, and both wrap up nicely. There are occasional missteps (“manger” for “manager,” a name change in mid-tale from Bert to Gerry, then back to Bert, and the occasional simile or metaphor that doesn’t quite work) but they are minor distractions and detract little.

I Must Survive is likely to be enjoyed by any reader who appreciates a good story, but especially those who remember the era when televisions were a luxury and a simple life was good enough.