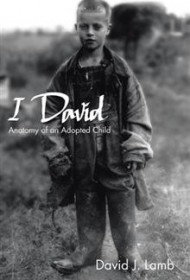 David J. Lamb drew the short straw when parents were handed out. He was born to a mother who already had seven children from dalliances with other men. David (birth name Joseph David Sharp) resulted from an affair between his mother, Mary, and an elevator engineer who, like the other men, abandoned them all.

Mary, depressed and an alcoholic, sent David and two other offspring to St. Vincent’s Orphanage. After 4Â½ years, David was adopted by a couple looking for a way to repair their marriage. In the preface, Lamb says he wrote the book to show how adoption impacts the child and, in his case, led to his emotional instability from harsh punishments.

The author establishes early on that he was verbally and physically abused by his adoptive parents, who also made him do long hours of hard labor on the family farm. But he recalls good things as well–a pony of his own, picnics, softball and motorcycle races. The bulk of the book then relates all the positive knowledge Lamb gained from his early life and how it led him to graduate from college in industrial arts and to become responsible and successful. He also covers his various illnesses in later life, the places he’s lived, his hobbies and volunteer work and how he came to discover information about his biological family and reconnect with his siblings.

Lamb has a clear writing style with minimal misspellings. However, the preface is misleading because David devotes more time to his positive experiences than those he initially suggested had damaged him. At the end, he even acknowledges, “the hard work toughened me up for real life.” And oddly, he barely mentions his own three children, saying nothing about how his early life impacted how he raised them.

In short, while mildly interesting, Lamb’s book predominantly appears to be a means to preserve his family history rather than a story for widespread distribution.