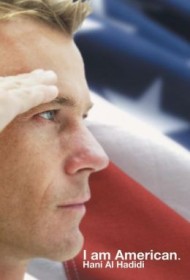 Global business, Middle East strife and America’s changing values are at the heart of this unsettling novel by Hani Al Hadidi. The action centers on John Madison, a handsome and cocky ladies’ man who enjoys partying and control and is highly driven in his career at Global Engineering in Houston. He seizes the opportunity to become a top site engineer at a refinery in Saudi Arabia, and soon his life and perceptions of what it means to be an American evolve through his contact with Arab and Muslim co-workers.

Before long, things go seriously wrong at the refinery and in Madison’s once-sheltered life. He learns unexpected information about the United States government’s involvement in the Middle East and increasingly feels manipulated. While headed to reassignment in Egypt, Madison is kidnapped and held hostage. The more he learns about the circumstances behind it, the more he questions the America he thought he knew.

I Am American starts with a bang-up, attention-getting opener involving a mysterious document and a man murdered for it. The book then turns to the back story, nicely building tension as the action escalates. The subtext has to do with power plays and corruption in business and politics, and the author nicely develops the theme that not everything one perceives is as it seems. The book closes with a strong scene, providing a nice finish.

Most of the book is fluidly written and filled with well-rounded, believable characters. However, it appears some parenthetical editing comments mistakenly were left in. There are also word usage errors, such as “sled” for “slid” and occasional odd phrasing, such as: “. . .he splattered on the bed once again.”

On the whole, I Am American offers a thought-provoking, incendiary topic within a slim, yet gripping novel that will have readers thinking about corruption after the last page is turned. Anyone interested in America’s role in the Middle East should find the book intriguing.