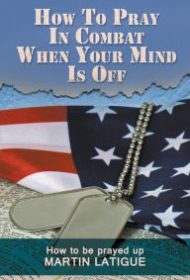 In a few declarative sentences, Martin Latigue conjures the horror of war: “We had began [sic] the day with five officers and one hundred six men. After the battle that morning, we had no officers left. A total of forty-two men were killed and twenty more wounded.”

Such spare, unblinking recollections of his time in Vietnam are, by far, the strength of this memoir recounting the author’s life. Latigue writes of palpable fear mixed with adrenaline, steeling himself to step over the dead, and the smells of dust and blood in the tall grass as he fights an unseen enemy.

But the book is really two stories: one of his frustrations growing up poor and black in the Jim Crow South and his time in the Army after being drafted; and what feels like an entirely different story about his post-war experiences, when he works in the cosmetic industry during the burgeoning Afro-centric era of the 1970s. This disjointed sense proves problematic.

The story opens when, as a young child, Latigue witnesses the accidental shooting death of an older brother. He considers lying to the police to protect his brother’s friends, but a voice tells him not to— a voice that guides him at other times in his life. It’s an interesting premise that foreshadows his time in battle, but it’s never fully developed. Similarly, he mentions a brief first marriage but never explains in any depth who he married or why. And he writes extensively about his military training, but readers will wonder why he devoted such detail to a chronology that has no pay-off.

The narrative wanders and often lacks grammatical correctness. Still, the author shows undeniable flashes of raw talent— and it’s the very lack of sophisticated prose that makes his account urgent and real.

Overall, the story requires greater focus to connect with general readers, but it may well interest those who fought in Vietnam, a group to which Latigue dedicates his book.