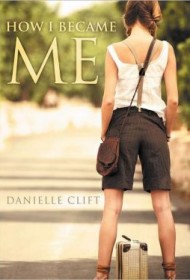 By the time we’re grown, most of us know that life isn’t fair. But as you’re drawn into this true story of a young girl born into poverty, with a drugged-up, absent father and a well-intentioned but luckless mom, you’ll learn that “fair” has many levels of meaning.

Born in a small southern California town, Danielle Clift’s first memory is of sitting on a curb for hours waiting for her father, who never showed. Sometimes Clift, her mother, and sister slept in a car, but even when they had a place to live, Clift constantly ran away. She was beaten by her father, forced to take drugs, saw her dog tortured by her mother’s boyfriend, and by age 12 was into pot, cocaine and meth. Once, while hitchhiking with a friend, a man locked the two girls in his van, hog-tied them, then raped and tortured them sexually for days. She was in and out of “juvy,” before graduating to the women’s prison.

She found part of her salvation by going into rehab. Then she joined the Navy, a discipline she could embrace. She assures readers early in the book that she’s healthy and happy now, with a husband she loves, two children and many pets.

For Clift, this book is therapy and a way to show other young people that they, too, can build a rewarding life. The most endearing part of this sad story is her strong sense of morality, a sense that stayed with her even while being terribly mistreated.

Although her book is peppered with grammatical mistakes and typos, it’s surprisingly good for someone who missed so much school. As with many disaster stories, this one is hard to put down. Even if you don’t agree with Clift’s philosophy of rehabilitation — she didn’t use a 12-step program or turn to religion — you will root for her. Parents of troubled children may also learn some lessons from this slim book.