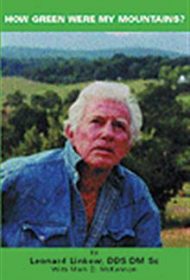 From his Brooklyn boyhood and near-career playing minor-league baseball to his professional accomplishments as the Father of Dental Implantology, Dr. Leonard Linkow details in this memoir his rise to fame and struggle for the respect he ultimately attained.

Linkow’s expertise in the evolving field of implant dentistry was hard won. While a gifted dentist, he found navigating the political waters of innovative dentistry fraught with competition and professional jealousy. As the creator of the revolutionary blade implant technique, he was propelled to the international limelight, occasionally landing at the center of debate over the viability of his horizontal, beneath-the-gum and over-the-bone metal implants. Along with infighting, there were legal challenges to several of his 30-plus patents by colleagues.

Linkow’s jet-setting lifestyle took him all over the world as a lecturer.  His self-described “demonic compulsion” for work and eye for the ladies cost him three failed marriages, substantial alimony payments, and ill health; and his breakneck pace of self-promotion, caused by a need to prove himself worthy, earned him as many detractors as followers. Critics held him in contempt or suspicion, many regarding his motives as purely commercial.

Linkow’s story is well worth telling, but it suffers from several issues. The narrative is overwritten and repetitive; it would benefit from a trim of redundant descriptions of the content of his lectures, in particular. The dental jargon in many anecdotes requires technical clarification for the layman, and there are minor problems with chronology and structure. Originally published 15 years ago, the described techniques of implantology are likely dated.

Linkow is, at heart, a hard-working Brooklyn boy who became an undisputed, internationally honored pioneer who now occupies an esteemed place in dental history. While the stated  issues will likely prevent his memoir from being appreciated by general readers, it should hold appeal for dental students and professionals interested in implantology.