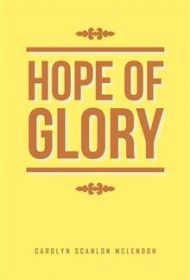 In this heartfelt novel, a newspaper editor in the capital of an unnamed southern state (which seems much like Mississippi) is thrust into a Civil Rights conflict when the moderate governor dies and is about to be replaced by his racist lieutenant governor.

Ideologies clash in predictable ways in the days leading up to the inauguration of Jim Buck Winstead as an African American leader arrives to lead protests against both the new governor and the Confederate symbol on the state flag. Meanwhile, a small group, distraught by the prospect of the sort of change he advocates, plots his assassination.

Caught in the middle is newspaper editor Harry Bearden, whose wife is the daughter of a right wing U.S. senator and whose paper is owned by a group of local conservative power brokers.  Balancing his instinct for social justice against his position in the community and the survival of his marriage, Harry is torn by opposing realities: On one hand, he admits, “I’m no crusader”; on the other, he’s convinced that the new governor “will set this State back twenty years.”

His internal conflict is mirrored by that of the wider community, where those eager for tomorrow are resisted by others clinging to the imagined safety of yesterday.  But even as the narrative turns ever more violent, it becomes clear that the novel will offer few surprises. Although written in a lively manner, the story remains predictable, and the characters generally feel wooden, more representations of opposing feelings about race and politics than real personalities.

The author approaches this examination of the many sides of the issue with enough force and conviction to draw readers in. But however admirable this might be, the result is a work of fiction that’s too weighed down by its own opinions to offer a fully immersive reading experience.