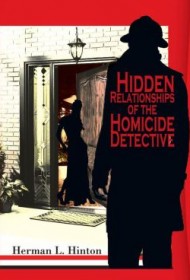 A curious teen delves into the secret connections of his homicide detective dad and learns more than he bargained for about life, loss and kinship in this mild-mannered mystery set in modern-day Alabama.

The story opens with 17-year-old Trey Wilcox ruminating about his parents’ continual fighting. He worries they may divorce. Disaster strikes when his dad, Terrell, is hit by a drunk driver and ends up comatose in a hospital. Rifling though his dad’s wrecked car, Trey discovers a mysterious cell phone. Suspicious, he decides to find out whether his dad was exchanging calls with women who may have interfered with his parents’ marriage.

As Trey works through the numbers, his eyes are opened to the traumatized lives of seven men and women connected to Terrell because of violent crimes. Through their separate stories, Trey makes friends and an enemy, gains a newfound appreciation for his dad’s special ability to touch others, finds a love interest, and learns a shocking secret that rocks his family’s world.

While not an edge-of-your-seat story, this well-paced novel drops enough breadcrumbs to keep the pages turning until the reader unravels the mysteries of the people behind the numbers. These believable characters tell a morality tale of sorts regarding how one’s life choices can bring on disaster or honor.

The writing is strong for the most part. However, the author, a retired deputy chief of police, has a habit of frequently adding unnecessary quotations around phrases. His analogies also can be weak. For example, in regard to his parent’s relationship, Trey says: “[it] was about as raggedy as a bowl of spaghetti.”

Despite these quibbles, Hinton’s book will appeal to teens, as well as adults seeking inspiration that could nudge them toward making better life decisions.