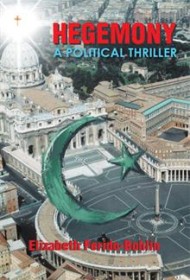 Set in 2014 Sweden during the 113th Nobel Prize Award Ceremony in the historic Stockholm Concert Hall and revolving around a terrorist plot involving a Saudi prince’s visit to Sweden to finalize an agreement involving the purchase of state-of-the-art military aircraft, this intricately plotted novel is essentially a murder mystery wrapped around a doctoral thesis.

Isabelle Blanche de Forte, a student in the political science doctoral program at Stockholm University, is just days away from defending her thesis. But when she discovers a headless corpse sitting on a couch in the prestigious complex where she lives, she becomes entangled in a murder investigation that is connected to a major political scandal and a terrorist plot that, if successful, could change the balance of power in the world.

The storyline is much more complex than a simple whodunit. The author explores Sweden’s national identity crisis and speculates about the consequences of political correctness and embracing multiculturalism in the European Union. Both lines of thought are fascinating. And readers who enjoy Scandinavian crime fiction by writers such as Mankell, Jungstedt,and Larsson will enjoy the story’s stark atmospherics and sequences with beleaguered Stockholm Police Superintendent Robert von Ramm.

While this is an intelligently written and obviously well-researched fusion of police procedural and political thriller, the academic undertone—particularly the 41-page PhD thesis dropped into the novel in its latter stages—gives the narrative a dry, detached, and somewhat didactic feel.

Bottom line? As a fictionalized dissertation about the spread of Islam (specifically the accession of Turkey into the European Union and its threat to irrevocably change the Judeo-Christian identity of Europe), this is a powerful piece. As a thriller, however, it loses much of that power with a slow and methodical narrative that, as mentioned earlier, has a decidedly dry and scholarly undertone. Readers looking for the former will find the book both entertaining and thought-provoking.