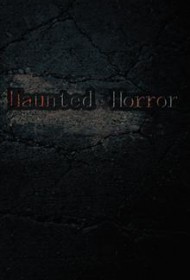 This ghost story, which is essentially a fusion of psychological horror and supernatural mystery, is set in contemporary England and revolves around an Oxford University student who receives a strange email notifying him that he has inherited a mansion in a village that he has never heard of before.

Intrigued by the bizarre message, Zik and his girlfriend Angelina decide to investigate his newfound property and invite a group of their friends to make the trip with them. But the outing quickly turns into a waking nightmare as Zik and company discover a seemingly abandoned village and a stately mansion with walls that drip blood, doors that lock themselves, and labyrinthine hallways that lead to rooms inhabited by the ghost of a young girl with a “creepy smile” and other much more malevolent entities.

Although the conventional storyline certainly isn’t unique, the formulaic premise could have been the foundation for an entertaining narrative, but for its flawed prose. Grammatical errors abound; an abundance of punctuation and spelling mistakes make this novel, at times, literally indecipherable. (For example: “…Angelina said without being sure if wise was”; “The clock ranked twelve times and started laughing” ; “…Stefan didn’t lose its chance and nippily gripped the chair…”

The lack of proofreading and editing is unfortunate because there are positive aspects to this novel. The pacing is brisk, the character development is adequate, and there are some interesting references that subtly further the dark ambiance. For instance, just before the group of friends begins their trip, one of them is singing the lyrics to Blue Oyster Cult’s Don’t Fear the Reaper. In the end, though, the only horror in this novel, sadly, comes from the author’s misuse of the English language.