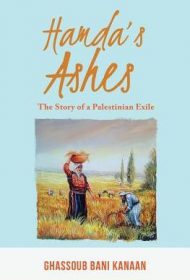 In this novel that appears to be based on the author’s life, Ghassoub Bani Kanaan offers Alghadanfar, a fictional character who overcomes adversity against seemingly insurmountable odds.

The first two-thirds of the book are devoted to Alghadanfar’s childhood and adolescence, after he is born in a small Palestinian village in 1950. Nurturing parents teach him to appreciate peace and the value of an education, ideals that will hold Alghadanfar afloat in desperate times as conflict breaks out between the Palestinians and Israel. As a teenager, Alghadanfar flees his homeland after the Israeli occupation following 1967’s Six-Day War. A multi-layered struggle ensues involving politics, war, and poverty that will define the rest of his life.

College is followed by an unfulfilling teaching job in Dubai. But when Alghadanfar relies on the adage “the pen is mightier than the sword,” his life turns a corner. The Palestinian credits his deceased mother’s heavenly watchfulness for the good things that come his way. Life rewards Alghadanfar, but a lingering yearning to return home taints his achievements with an ever-present melancholy.

Kanaan is adept at conveying the cultural nuances of Alghadanfar’s world and offers an intriguing and often-vivid depiction of the times. Unfortunately, the narrative can be hard to follow. Those unfamiliar with the history and geography of this region will frequently find themselves lost. In a typical example, when the author mentions that the main character attends “a military boarding school in the capital,” readers will wonder: the capital of what? The narrative includes sudden shifts in tense, confusing jumps in time, and repetition, in addition to spelling errors.

Finally, the prose often reads more like nonfiction than fiction, complete with footnotes, which can be tedious in places.

The issues mentioned make this a flawed novel and often challenging read. Still, those with a background in the history of the region and an interest in the subject will find many lively and  illuminating passages within these pages.