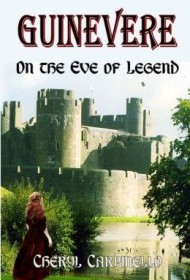 In this sweet, if uneven introduction to the lore of Camelot, a spirited young Guinevere struggles to accept her destiny.

Just before her 13th birthday, as she prepares to become a queen, Guinevere slips off into the forest with 7-year-old friend Cedwyn to hunt for a rabbit she hopes will bring her luck. She stumbles into mischief instead, and by day’s end, her father King Leodegrance is beside himself, fearing that she will one day rule as brashly as she plays. Then at night Guinevere sees a unicorn in the forest and is told by an enchantress and wizard Merlyn that the unicorn has come to die so that its blood can be used to heal the sick. Guinevere’s heart goes out to the unicorn, and she longs to be as selfless. But when her father later tells her she must wed King Arthur for the greater good, she struggles to be as altruistic as the unicorn and accept the fact that her life is no longer her own.

As author Carpinello spins this tale, her writing often sparkles, and Guinevere and Cedwyn endear with their sincerity and spontaneity. But the dialogue is sometimes stiff, and Guinevere’s reactions to various events aren’t always convincing. In addition, the inferior illustrations are disappointing. On the bright side, the bones of this story are strong. With a little dressing up and work on dialogue, the story as a whole could be as magical as its best scenes.