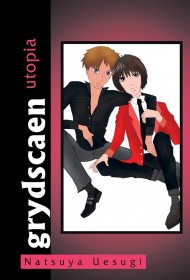 In this science-fiction novel set in 2056, Lino Dejarre is the future prince of the Pacific Territories. Because of the wars that have been fought in this alternative world, there have been new countries created, changes to weaponry and social systems, and uses and abuses of psychic powers — all of which impact Lino and his circle of student friends.

The psychic son of an imperious and often cruel Viceroy who is in a sometimes-incestuous relationship with his mother, Lino is recruited by the elite Psi Faction. This organization was created to destroy the radical groups that oppose the government and the Faction’s control and experiments on psychics. Until now, Lino has kept his abilities a secret: government propaganda promotes the idea that anyone with psychic ability is an abomination. What Lino is not aware of is how much he and his friends are being manipulated by the Psi Faction.

The author provides a recap of events that took place prior to this book (there are additional titles in this series), which is extremely useful, because none of the society’s complications are well-developed here. The story instead revolves around Lino’s drinking, art school classes, and messy relationships. It isn’t until midway into the story that his psychic abilities play a part, and clearly this book is intended to be a set-up to the next one, as Lino only begins his Psi Faction training in the last chapters. All of this creates an often-awkward narrative.

The author has stated an interest in turning this series into graphic novels, which could be a better approach. The exotic settings and characters (who enjoy dressing up) could be featured visually and the flat writing of this novel would be avoided. Without the cumbersome aspects of this narrative, perhaps the events could move along more quickly. In all, such an approach might result in a more satisfying reading experience.