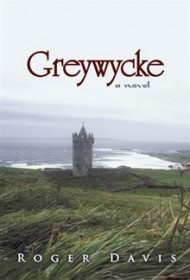 Seventeen-year-old Kaline, is a willful and spirited young woman— the orphaned granddaughter of Dowager Duchess Catherine de Belmar.  Although her grandmother stresses manners, Kaline treats servants, including her devoted maid Emma, with haughtiness, which leads to problems as the story unfolds.

When Kaline and Emma depart for a weekend at Greywycke Castle, the home of Kaline’s godfather, Kaline anticipates a romantic tryst with the unsuitable Sir Edward, but Emma senses tragedy. Indeed, trouble ensues. A predictable carriage accident caused by bad weather and brigands forces Kaline’s group to stop at an inn where Kaline recognizes Sir Edward’s horse.  Her excitement dims when she discovers he’s romancing a local maid.

Emma’s misgivings increase at Greywycke when the other young people speak of ghosts, harass Kaline and mysterious accidents befall both women. Kaline’s willful nature causes one death and nearly her own before Sir Edward’s real character is revealed.

The plot is engrossing, but the story falters in a few critical areas. Many of the period details don’t ring true; for example, Emma and other servants often shift from conventional English to a facsimile of Cockney, Scottish or ante-bellum American South—often within the same page.  (“Did ya not rest in the night?”; “Ah’ve got it right ‘ere with all of your other letters.”) Contemporary words such as “introvert,” “pell mell” and “to boot” are jarring, as are scenes involving public affection and passion, which are taboo in true Regency novels. (See Jane Austen).

Additionally, the narrative delivers uneven writing that includes a lack of transition between ideas and actions, sentence repetition, overwriting and incorrect word usage (i.e. “without adieu” for “without much ado”).

Regency fans will easily spot the inconsistencies and anachronisms, and the other issues also impede enjoyment of this promising story. Careful editing and revision would greatly enhance the book’s appeal.