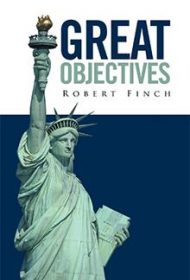 Can we have ethics without God? Spurred by the New Atheism of Richard Dawkins, Sam Harris and Christopher Hitchens, Robert Finch investigates this question, offering the possibility of an ethical philosophy without supernatural beliefs.

Beginning with a history of the discipline, Finch ranges over a wide field of ethical problems, from values and virtues, to technology, sex and the family, economic issues, politics, law and art. In each chapter, divided into numbered sections, he discusses the topic at hand from a humanist perspective, with the weaknesses of religious ethical systems in his crosshairs.

However, Finch provides little more than a review of humanist literature on his subjects. Relying too much on the thoughts of others, he produces no original synthesis that could stand independently as a complete humanist ethical theory. Also, the work’s structure is opaque. Finch meanders from one subject matter to another; it’s unclear as to how the material in any one of his chapters follows from what has come before, despite the fact that some chapters include brief summaries of what precedes them.

The author also sometimes ignores evidence that doesn’t fit his preconceptions. For instance, he claims that in medieval times the Christian religion “suppress[ed] rational inquiry.” Then on the very next page he cites both the rationalist philosopher Lucretius and Christopher Hibbert’s historical work on the Medici, ignoring the fact that, according to Hibbert, Renaissance scholars rediscovered Lucretius’s work in a monastery. The works of ancient rationalists are still extant largely because churchmen valued them. Ultimately, Finch’s Manichaean dichotomy between rationalism and religion lacks nuance.

This book is the product of much study over a period of a decade. Unfortunately, beyond a brief statement of “principles of Humanism,” the author has little new to contribute. Readers hungry for a fresh atheistic, humanist ethical framework will leave the table undernourished. Still, those new to the topic may find food for thought in these pages.