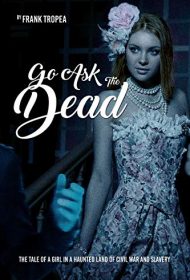 The promiscuous mother of 15-year-old Amanda has been missing for weeks, so Amanda feels justified in allowing her handsome new stepfather to take her virginity. A ghost informs Amanda that her mother was murdered by the husband. Even so, Amanda has sex with him again on the cellar’s dirt floor next to her mother’s decomposing corpse. Afterward, her stepfather attempts to strangle Amanda, so she shoots him dead.

Amanda grudgingly agrees to copulate with a flesh-and-blood man, Craig. After manipulating him into getting her pregnant, she first wants to leave him, then marry him, then divorce him, then reunite. Meanwhile, she’s still having sex multiple times a day with William’s ghost—until there’s a sudden turn of events.

This convoluted story features violent and deviant forms of sexuality, including beatings and whippings related to sex, that can be disturbing. Its characters are uniformly unlikable, making it hard to invest in the story’s outcome.

Technical errors also hamper readability. There are no chapter divisions, and readers will find numerous spelling and punctuation errors. Awkward writing distracts, as the author suddenly and retroactively introduces the aunt’s death and Amanda’s relationship with Craig, repeats facts (e.g., her stepfather took advantage of her; William satisfies her in bed) and words (“Oh, don’t Ted, Teddy, this is wrong, so wrong”; “Let’s make love, my darling, my beautiful, beautiful jewel, my darling”). Sex scenes are frequently described in similar terms, rendering them tedious.

Unfortunately, between the subject matter, characters, and writing style, this novel may have trouble finding readers in the paranormal market.

Also available as in hardcover and ebook.