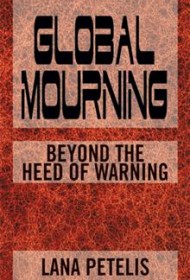 Eve Gardner is the only child of a scientist and science teacher. When Eve is young, her dad takes her to the American Museum of Natural History. There, she’s introduced to three important words — truth, knowledge, vision — that will aid her in the future.

Years later, when Eve is in high school, she is partnered in biology class with new student Blake Greene, who is not only cute and smitten with her, but is equally enthralled with science. While in the lab, Blake shows her a sketch of a blood cell from his sick pet ferret; Blake is determined to figure out what’s wrong.

Blake disappears from biology for a few weeks and reappears when the class is on a field trip to the American Museum of Natural History. He invites Eve to join him in the lab the next afternoon, where he shows her that the ferret is dying of a virus. While the nature of that virus is difficult to understand due to its complicated explanation here, it appears that the virus has found a way to become a super virus aimed at humans – Mother Nature’s way of taking revenge on mankind for causing global warming.

Global Mourning, a bleak title for a young adult novel, is unfortunately too short for readers to get to know Eve and Blake and to grasp what they’re accomplishing. Additionally, the dialogue is awkward and unnatural. Eve and Blake never sound like teenagers. And Mr. Pearl, their teacher, speaks for long sections as if quoting a science textbook.

Petelis’ book appears to be an attempt to interest teenage girls in science while educating them on global warming. Although her intentions are commendable, the dry plot, stilted dialogue and weak love story between Eve and Blake may fail to capture a teen-girl audience.