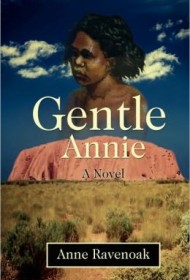 Set in Australia and powered by aboriginal mythology, Anne Ravenoak’s novel is a deeply spiritual yet thematically inefficacious story that follows Annie, a free spirit idyllically existing in the Dreamtime — a timeless place between death and rebirth — who is called by the Master Dreamer time and again to return to the world to “perfect her soul.”

The story begins with the Master Dreamer sending Annie to a clan in prehistoric Australia to help Jerosh, the village elder’s son, out of a potentially deadly predicament. Next in line as clan leader, Jerosh has not yet taken a mate. If he doesn’t produce an heir soon, he will be driven from the tribe. Once Annie arrives, she realizes Jerosh has a gruesome secret connected with a subject dividing the tribe — the brutal circumcision rituals of boys and girls as rites of passage. In another life, this one in the late 19th century, an 11-year old Annie is sent from her clan into the white man’s world, where she experiences “civilization” firsthand. Lastly, she returns to WWII Australia as a predominantly white girl who, amidst the chaos of war, embraces her heritage and her intimate connection to the Dreamtime.

The thematic utilization of reincarnation in fiction can be both powerful and profound — for example, Kim Stanley Robinson’s masterwork The Years of Rice and Salt — but here, the wisdom that the novel’s protagonist gains from her journeys is subtle at best. While the story presents rich subjects for exploration, including female equality, racism, and the existence of an eternal spirit, none is examined in depth and no real conclusions are drawn.

Ravenoak’s vivid description and meticulous historical and cultural detailing of Australia is nothing short of spectacular, but the novel’s conclusion is predictable and anticlimactic. Ultimately, Gentle Annie is a picturesque ride Down Under that, sadly, doesn’t go anywhere.