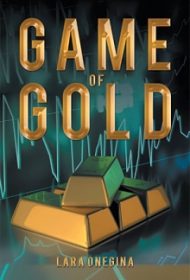 This complicated story from a New Zealander of Romanian descent is based on real-life events, although the author has changed all identities, locations, time frames and other identifying details.

Author and narrator Lara Onegina primarily describes her adventurous quest to convince post-Cold War Romania to let her company mine a remote area in Transylvania called the Alba Log, one of the world’s largest undeveloped gold deposits.

The book details the author’s unremarkable childhood in Christ Church, New Zealand, her harrowing rape at 19, imprisonment in Romania for violating her university visa, and failed first marriage. After this, she forms Sun Technology, Ltd., a mining company. Her primary partners are enigmatic business mogul Hugh McRae, and future New Zealand prime minister Mark Spencer.  Her account of the company’s business dealings is byzantine and dizzying, involving various ministers and the President of Romania, as well as spies, gangsters, and other dubious characters.

Both partners have a dangerous obsession with Onegina, and the author begins a long-term affair with the married McRae, even bearing his child. She’s also clearly tempted by the roguish Spencer, who lusts after her. As these two men reveal their true natures, Onegina struggles to find the wherewithal to continue her risky venture and secure a future for herself and her son.

While this setup has much potential for excitement, Onegina’s methodical storytelling style is more numbing than enthralling, with prose describing the company’s work raising funds and handling money exhaustive to the point of tedium (as in: “The new share distribution now saw SUN retaining 31.00 per cent of capital and 37.46 per cent voting power”). While such detail imparts authenticity, it also undermines what might have been a thrilling tale of desire, greed and betrayal.

Fans of stories of intrigue will likely find the narrative devoid of edge-of-your-seat drama. Still, Onegina bills this as a memoir, and her tumultuous emotional life may prove interesting to readers appreciative of strong, persevering women.