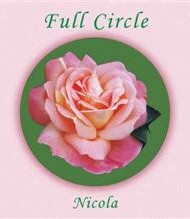 Nicola’s memoir opens near Christmas with her discovery of a problem with her breast. She soon is diagnosed with grade three cancer. Having just begun a job as nanny to a young family in England, she is concerned about telling them her troubles. But the couple rises to the occasion, taking good care of her throughout the ordeal. Four weeks after the operation, Nicola returns to her family in her native Australia for additional pampering, and eventually she returns to England to work part time for her cousin.

Throughout the short book, the author discusses the difficulty of dealing with the aftermath of cancer surgery, including the trials of chemotherapy and radiation and keeping track of the many pills needed. But she realizes that “things we dread most are manageable,” and focuses on the nicest recollections, such as when her daughter-in-law Monica kindly rubs the soothing juice of an aloe plant on her nearly bald head. All she had left then was just “fly away sides, which I believe Clare’s husband Keith called angel wings . . . Sweet!”

This book is a highly personal work that journalizes the importance of the author’s family and friends’ involvement in nursing her back to health. As a book designed for the general public, it would benefit from a lead-in clarifying the book’s purpose, a guide to who’s who to help better clarify her relationships with family and friends, and an explanation as to how and why Nicola came to live in England. In addition, the timeline is foggy, with just one reference to any specific date, which is mentioned when the author heads to Australia “the year after the American 9/11 disaster.” Although the writing style is nicely chatty and clear, details are thinly presented despite the serious subject matter. Overall, the book’s appeal seems limited mostly to those closest to Nicola.