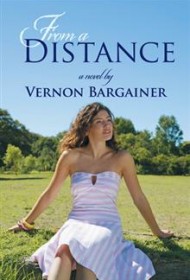 In this romance with a Christian bent, villains and heroes are easily identifiable. Villain Mack Turbo punches his new bride in the jaw, and then charges her for trauma counseling because of the experience. Twenty-something hero Kevin Lane goes to church each Sunday and makes sweetly innocent comments such as, “Her name is Sarah, and she’s pretty. Someday, I will hold her hand.”

The 19-year-old woman at the heart of the story, Sarah Lock, seeks refuge at her aunt’s Texas home following Mack’s assault. She meets Kevin, a photographer, who becomes intrigued while watching her from a distance. Because of her oath to abstain from premarital sex, as well as ongoing legal troubles, and emotional baggage (teachers labeled her “retarded”), Sarah feels conflicted about his attentions.

Sensitive and insightful, Kevin perceives the conflict and prays for God to watch over her. Indeed, Sarah needs all the help she can get with the upcoming divorce trial. As one relationship ends and the new one develops, her unstable foundation crumbles completely. Kevin and Sarah must rely on their religious faith and each other.

In addition to one-dimensional characters, the book suffers from telling through exposition rather than showing through action. For instance, Sarah prays: “I’ve messed up my own life by overreacting to an innocuous statement that I was retarded and then trying to quash that by courting and marrying a man who turned out to be a screwball…” Likewise, this description of her aunt and uncle: “They were known for kissing loudly and for chuckling as they pulled apart. These two devoted people were admired widely for their total acceptance of each other…”

Numerous cases of telling instead of showing greatly reduce the readers’ pleasure in making their own discoveries. As a result, while some Christian romance readers may appreciate the novel and its characters, the story is unlikely to satisfy a wide audience.