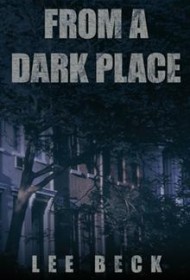 A hardened Philadelphia detective and a dexterous serial killer face off in this fictional police procedural from former pediatric psychologist Lee Beck.

The dense novel opens with a preamble set at the fictional St. Gabriel’s Church of the Guardian Angel, circa 1956, where a sensitive priest agrees to take in an orphan. The main narrative takes place in 1998, when Beck introduces his protagonist Captain Leo Gromski of the Philadelphia Police Department.

Gromski is an aging pugilist in the vein of Ian Rankin’s dour Inspector Rebus. He’s a well-seasoned detective and his stubbornness and the relentless investigations are starting to take their toll. Gromski must bring his detective skills to bear when a serial killer begins dismembering local Catholics. With each new murder performed with the same gruesome precision, the close-knit community falls into full-blown panic.

Beck wields an enormous cast of distinctive cops, lab rats, politicians and suspects. Every character’s backstory is written in explicit detail, which occasionally weighs the already somber story down. Beck never cuts corners to speed up the story or ratchet up the action. Readers get to experience the messy story just as Gromski does, and may indeed gain the detective’s sense of weary accomplishment at the end of the book’s 600-plus pages.

The novel may remind genre readers of other labyrinth behemoths like James Ellroy’s L.A. Confidential or Vikram Chandra’s Sacred Games with its sprawling storyline and enormous cast of characters. With an abundant plot that reels in a medical conspiracy, the murky workings of the Catholic Church and its search for the slasher, From A Dark Place will give the reader more than enough to digest.

Also available in hardback and as an ebook.