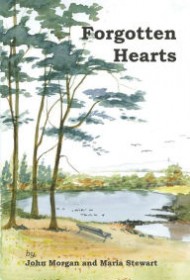 In this tale set in the U.K., two older people who have lived lonely lives meet by chance and offer the possibility of some light in each other’s lives

Walter was the only child of a mother widowed shortly after his birth, who lost seven other children in infancy. Walter dedicates his life to caring for her, and after her death, he continues to care for the family graves. His dog Ted is his one true companion.

Margaret is the widow of a man who bullied her throughout her life. Her daughter, Rebecca, the mother of bratty twins, continues in this vein. Margaret has almost no self-esteem and suffers the constant disrespect without complaint.

One day, as Walter walks Ted in the Botanic Centre gardens, Ted runs off and jumps at a woman who turns out to be Margaret. And so the friendship begins. But there is more darkness ahead. Rebecca, who is in the throes of a nasty divorce, begins her campaign to have her mother put away so she can take possession of her property. And, as circumstances grow ever more sinister, Margaret learns the story of her life was something of a lie. Just when it seems Margaret’s woes couldn’t be worse, it turns out they are.

Forgotten Hearts is often a sorrowful tale, but always with the glimmer of brighter days. Walter and Margaret are sympathetic, although Margaret’s self-esteem is almost too poor to feel believable: She referred to her late husband as “Mr. Brooks” while he was alive and even after his death obeys his wishes that she not go into his office. Rebecca is fairly one-dimensional, the stereotypical ungrateful daughter with little to redeem her; likewise, her unpleasant twin sons.

The authors do a good job of keeping the plot moving, however, and of earning concern for the couple. And while the ending calls for some suspension of disbelief, it is also a fitting close to an ultimately sweet, if occasionally uneven, tale.