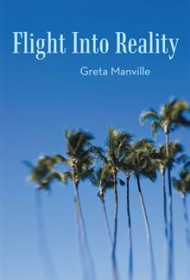 An unlikely pair of sleuths star in this imaginative whodunit by experienced mystery writer Greta Manville.

Mara and Garrick are a pair of retired best-selling mystery authors who meet on a secluded Caribbean island. Their children may have committed them to this posh retreat to live out their golden years, but they are not going to let their writerly imaginations go to waste when there’s a real-life mystery to solve.

Late at night, Mara and Garrick witness an apparent killing on the grounds of their resort-cum-asylum, Encantadora. Horrified, they alert the authorities, only to have their story doubted on every front. Granted, neither is a reliable witness. Garrick frequently sees and speaks to a character from his own novels, and Mara often decides to be film star Marlene Dietrich for a day. Their caretakers and their children assume they both suffer from dementia, but it’s just possible that the clever pair can see something the others are missing. Undaunted, they pursue their own investigation as the body count grows.

Manville’s characters are a delight. She captures their complicated psychological makeup gracefully, through dialogue that is equal parts heartfelt sharing and witty banter. Nobody on the island is perfect, and thus all are as likeable as they are suspect. Manville keeps the mystery’s solution hidden until the very end, although readers may find some of her red herrings, and the ending itself, a bit obvious.

Like the best thriller movies, Manville’s story makes you want to warn the intrepid characters as they forge ahead: “Don’t go into that cave!” That sense of caring for the characters makes Flight Into Reality a page-turner that readers will stick with from beginning to end.