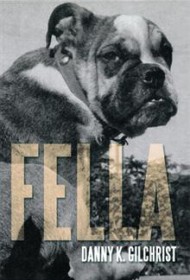 Danny Gilchrist stumbled into a career as a large animal veterinarian when, by happenstance, he tagged along to the birth of a lamb, an act he attributes to divine intervention. He has collected memories of his life and work in Fella, named for a beloved childhood pet. Despite some minor disorganization, it’s a thoroughly engrossing work.

Gilchrist spent a lifetime driving the back roads of upstate New York, tending to dairy cows, sheep, and just as often the farmers who relied on them for a livelihood. A typical day might find him awakened by an emergency call at 2 a.m. A devout Mormon, he views his work as part of his larger mission, and includes stories about his church life as well. The juxtaposition of clean living with a job that frequently leaves one covered in manure is the subject of numerous jokes.

When Gilchrist describes his job, the stories are addictive: You feel as if you’re there in the barn, often in life-or-death circumstances; the triumphs and tragedies hit home boldly. It seems as if he may have pieced the book together from a series of journals or writing exercises (one paragraph opens with, “I was asked to report on my life at twenty-three,” with no explanation as to who made the request). The book jumps from age five to the present day to random points in between, and certain stories or swatches of background reappear a few times throughout. Stories of errands, family visits, or other random thoughts are consistently well told, but leave readers hankering for more time with the animals.

Despite these minor quibbles, Fella is hard to put down. When Gilchrist amputates the leg of an injured chinchilla and reassures the owner that the animal will be fine, his heart shines through. He reminds readers of the trust animals place in us to be their friends and guardians, and sets an example few of us could equal.