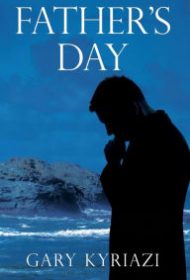 Pastor Salvatore Satori holds unholy sway over La Sangre, California’s 100 citizens; no one makes a move in La Sangre without first checking with Sal. But lately, his iron grip has been slipping, and trouble looms just below the village’s righteous veneer.

Enter retired 49er running back Peter Freeman, who blows in on the eve of the seaside village’s annual Father’s Day festivities along with a mysterious hitchhiker. His timing coincides with a widely held belief that something wicked is making its way up the coast, and a remarkable chain of events is quickly set in motion.

Meanwhile, the pastor’s demure wife Connie frets over the fraying bonds between Sal and his teenage son Corey due to Corey’s career choices. Lillian, the middle-aged town nurse, harbors desperate thoughts that her time to flee La Sangre has itself flown. And dimwitted Doyle, the local mechanic, is only too happy to serve as Sal’s right-hand morality henchman.

It’s a lot to keep track of, but the author skillfully connects and interweaves each player’s part in the deliberately unfolding plot, more like a slowly building three-act play at times than a novel, as the most significant events seem to always take place inside or around the same five faux-fronted Old West buildings that line the Pacific Coast Highway through town.

The author is skilled at creating three-dimensional characters with compelling backstories. However, readers not well-versed in born-again beliefs may have some trouble relating to the distress experienced by those characters who fall from grace, and the strong Christian messages can sometimes seem tedious.

To the author’s credit, though, sudden story swings and rapidly changing points of view keep the narrative moving along rapidly, and the novel finishes with a surprise finale that ties everything up in a way that readers will appreciate.