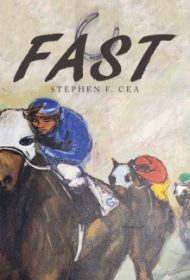 In this coming-of-age novel, author Stephen Cea weaves in literary, philosophical and biblical themes while pondering the path of his life.

The narrator, who goes unnamed, is a child when his Father is released from prison “for the first time.” A complex man, his father owns New York City’s only non-union trucking company in the ‘70s. Kind and patient with children, he has a hair-trigger, violent temper when provoked by adults, resulting in several brutal scenes. Still, the narrator’s parents dote on him, often treating him as a young adult, allowing him to join in the tasting of fermenting home-brewed wine and to drink coffee.

But in fifth grade, he’s attacked by “ruffians,” one of whom stabs him. He writes that the incident was the “first of many childhood events that defined my psyche… That wasn’t just the end of childhood innocence; it was the death of it.” He’s soon dubbed incorrigible, expelled from his “posh” private Catholic school, and transferred to a public school. Eventually, he gets his life on track — until he becomes mixed up in the horse racing scene, which is bound to end badly.

This is a well-paced, smartly-told story with realistic characters. Frequent allusions to literary classics and philosophers will intrigue well-read readers (but may deter those less so); for example, playing cards with his father in one passage, he draws comparisons between Aristotle’s belief that the Universe has always existed to opposing Judeo-Christian thought that it had a beginning. The book explores a multitude of ideas, including sin, salvation, evolution and fate.

The lack of names for many main characters seems odd (at one point, a teacher reportedly mispronounces the narrator’s name, but there’s no mention of either the correct or incorrect pronunciation). While strange, this isn’t a significant distraction.

Ultimately, this is a tale with depth and purpose, sure to provoke thought. It should have wide appeal, particularly to those inclined to contemplate the bigger questions of life.