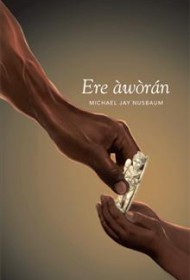 The two protagonists are Michael Joshua Smith, a New York City Jew who joins the Navy, and Osumaka, a warrior captured from Congo and enslaved on a South Carolina plantation for four years. The novel shifts ably between its two 1860s’ storylines: Smith’s first-person narration and a third-person account of Osumaka’s journey from Africa.

On Smith’s first voyage from Philadelphia to Madeira, he argues bitterly with Lieutenant Curtis Stanton. Although both support abolition, they have opposite reasons: Stanton believes whites are naturally superior and fears slaves could overrun the nation. Smith sympathizes with slaves’ suffering because he encounters persecution as a Jew.

As Smith is raiding slave ships and blockading the Southern coast, Osumaka in the parallel story, makes his way to freedom. Traversing the Underground Railroad, he arrives at the same refuge as Stanton, whose own ship sank. When soldiers come searching for runaway slaves, Stanton endangers himself to defend a slave girl. Seeing his self-sacrifice, Osumaka “finally fully believed that not all whites were devils.” The relationship has a profound impact on Stanton, as well. The ere àwòrán of the title refers to a “little statue” Osumaka carved for his son. A symbol of his enduring love for his family, it now embodies his promise to find them in Liberia.

Ere àwòrán reflects deep understanding of the history of slavery, the Middle Passage and Liberian colonization—although this copious research is sometimes unnaturally inserted. (For instance, while arguing with Stanton, Smith pulls a book from his back pocket that just happens to contain a thorough rundown of American legislation on slavery.) Nusbaum enlivens the narrative with a blend of fictional and historical characters, including Osumaka’s meeting with Harriet Tubman and Frederick Douglass.

Overall, this is a well-constructed, heartwarming story of liberation and devotion sure to please a wide audience.

Highly recommended for fans of Sue Monk Kidd’s The Invention of Wings or Aphra Behn’s Oroonoko.