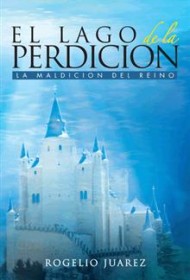 This fantasy in a pseudo-medieval setting reads like a sociological study about governments and their ways of exerting power. King Leodor, the focus of the first section, is a firm but compassionate ruler, whereas his successor, the warrior Neodor, is cruel and vengeful.

The action begins with King Leodor’s reign, which is marked by unhappiness and tragedy, and continues with Neodor’s excessive and irrational thirst for conquest, which makes him a difficult character to sympathize with–yet the author devotes the bulk of the text to his violent adventures. The story’s final third adopts the format of a choral narrative, in which we follow the trajectories of those characters who have survived Neodor’s rampages.

Throughout, the narrator adopts the subjective viewpoints of each character being focused on, making no moral judgments, even when that character strays far from ethical principles. For example, Neodor rapes the only major female character, the fairy Nereidys, who nonetheless loves him until the tale’s end.

The story presents strong overtones of strategy and war: alliances and political intrigues carry greater weight than the fantastic elements. These elements are scarce in the book’s first half, growing in importance only later, when the relevance of a magical prophetic bracelet is revealed, and figures such as Gladier, the leader of the “Elves” (spirits able to speak without moving their lips) increase in importance.

The book’s pacing and structure are problematic; there is so much plot within these pages, that it could fill ten volumes, especially early on, when entire years often pass in a few paragraphs. Typos, grammatical and spelling mistakes abound. Passages in which the author renders entire paragraphs in the invented language of the Elves further confuse the reading experience.

This narrative will appeal only to readers more interested in a biography of ruthlessness and amorality than a grand fantasy epic in the Tolkein tradition.