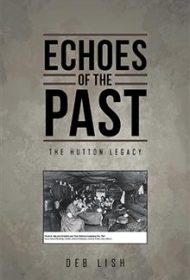 Echoes of the Past: The Hutton Legacy is a brief double biography of the flamboyant labor activist and suffragette May Arkwright Hutton and her quiet philanthropist husband, Levi “Al” Hutton.

The Huttons’ good works were fueled by hardship (she was illegitimate; he was an orphan) and by a classic rags-to-riches narrative. They both moved west to Idaho in the 1880s, she as a saloon cook, he as a train engineer. They supported labor in the bloody 1988 Coeur d’Alene Mining Wars and, as luck would have it, struck it rich when their $880 stake in the Hercules silver mine made them multi-millionaires. They never forgot their origins, remaining champions of the underdog.

The narrative is full of admiration (“Their legacy should live on forever”) but short on vivid detail. We almost never hear the Huttons’ own voices by way of quotation, and the reader hungers for more anecdotes like the one in which May is said to have owned a shoe store in Spokane, Washington solely so she could give shoes away to the poor.

Still, retired University of Idaho historian Deb Lish provides some insight into an uneducated, fiercely devoted woman who defied the Victorian stereotypes of her time and became a “major figure in the quest for gender equality.”  Four years after her 1915 death, her lesser-known husband founded Washington’s renowned Hutton Settlement, a progressive model for U.S. orphanages.

Lish’s dry prose (“Since the Hutton Settlement opened in 1919, its financial condition has been stable and well-managed”) mostly fails to animate the Huttons’ personal drama, which includes the cruelties of social class and May’s brilliant and abrasive defiance of convention. The blandly titled book also lacks any photos beyond a front-cover shot of miners. Elsewhere, readers can find many—including a striking image of ample May proudly gotten up in tuxedo and top hat.

In sum, this is an intriguing American tale that requires fleshing out to reach the potential of the material.