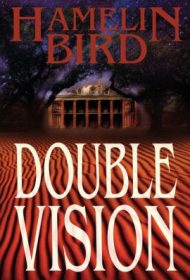 In present-day North Carolina, Mike Lunsmann is a burned-out former detective who requested his own demotion after his marriage fell apart due to his alcoholism. The novel follows Mike as he becomes obsessed with the mysterious disappearance of several adolescent boys. The investigation uncovers a history of disturbing events, including murder and suicide that date back almost a century. The plot veers into the uncanny when Mike discovers that a cursed property with a tragic history is the locus of all these incidents.

Although largely narrated in the third person, Bird’s work also delves into the perspectives of Mike’s family members, especially that of his teen-age son, Doug. Doug’s navigation of adolescence is tumultuous, including experimentation with drugs and alcohol. His troubled relationship with his father will profoundly affect both their lives.

Bird’s plot is taut and effective. Readers quickly become intrigued by the mystery that Mike uncovers. Chapters smoothly shift between current action and the historical events that put it in motion. An evocative writer, Bird’s descriptive ability is jarringly effective. He describes the broken teeth of a car accident victim, for example, as “scattering [across the floorboards] like terrified roaches in the moonlight.”

Additionally, Mike is a well-developed protagonist. His sardonic, self-deprecating humor provides an offset to the plot’s increasingly dark turns. For instance, when reflecting on his own life, Mike turns the cliché that “life begins at forty” into his own personal mantra: “Death begins at forty.”

The story suffers from one issue: The novel’s supernatural elements could use further development. While compelling, the eerie elements of the plot are ultimately unfulfilled.

To expand his audience, Bird might consider fleshing out those portions of the work related to the uncanny. This aside, he has crafted a well-wrought novel that fans of both hard-boiled and speculative fiction genres will enjoy.