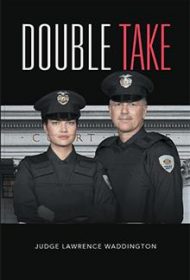 In this contemporary novel set in Los Angeles, a woman heading into an abortion clinic is gunned down, while high above her, in a nearby courthouse, a judge witnesses aspects of the tragedy but fails to report them to authorities.

Judge Roy Carleton isn’t just any judge. He’s been shortlisted for a seat on the U.S. Supreme Court, and he’s hearing arguments on whether the pro-life protesters downstairs should be allowed near the abortion clinic. While the reason for his silence regarding the crime is never explicitly stated, readers deduce that he doesn’t want to attract controversy or prompt charges of a conflict of interest in his hearing of the case. Meanwhile, Detective Basil Slonsky—B.S. for short—is assigned to the investigation. As he struggles to make progress with no real leads, almost anyone who dares assist him turns up dead.

The author throws in some tantalizing subplots: one involving the judge’s vindictive ex-wife and her private investigator;  the other a developing romance between Slonsky and a suspect who’s collaborating with him. The first of these falls flat, while the other is more successful.

The identity of the killer is revealed early in the story. Although this isn’t necessarily a problem, unfortunately, he’s one-dimensional, as are all the story’s characters. The author offers no background for his characters that would flesh them out and make them more real.

Overall, the writing lacks polish (e.g. “stately lit lights”), and while the dialogue is convincing, there are a number of gratuitous racial remarks that may give readers pause. The narrative also includes repeated instances of characters calling both criminals and police “blacks and browns,” and a reference to affirmative action and its perceived negative consequences. Finally, the author ties up the loose ends unconvincingly, as characters are convicted of serious crimes in an unlikely matter of days.

While this novel offers entertaining moments, its flaws ultimately impact reader enjoyment. Some revision would greatly enhance this offering.