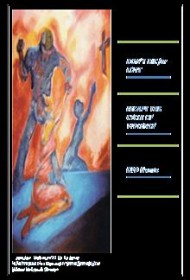 In this memoir, Darlene Nance chronicles the abuse she suffered at the hands of her longtime partner, a sweet-talking man who took advantage of Nance’s undying love, naiveté, and desire to get married and lead a “normal” life.

Raised by her grandmother, Nance barely knew her father; her mother worked two jobs and rarely saw her children. At 17, Nance fell in love with Hanslee, a handsome, older man. In a matter of months, she discovered that the man of her dreams was spending time with another woman. Heartbroken, she broke off their relationship for the first of countless times and eventually took up with another man, who, when told Nance was pregnant, offered to pay for an abortion. Nance refused and gave birth to the first of three sons, two fathered by Hanslee who was in and out of her life for more than two decades.

Nance chronicles the first time Hanslee slapped her in the face “so hard it felt like my brain shifted in my head . . . “ His verbal abuse was just as painful. Even so, she married Hanslee, and it took many more years filled with abuse, Hanslee’s cheating, and Nance’s violent act of retribution before she moved to another state and established a productive life for herself and her children. Hanslee was found guilty of murdering a New Jersey woman and will spend the rest of his life behind bars.

This well-worn memoir material is partially rescued by specific details from a journal Nance kept during her years of abuse. She recites dates, events, and feelings in a straightforward style free of mechanical errors. The reader roots for Nance to end the cycle of domestic violence. Unfortunately, many are likely to become less sympathetic as she fails over and over again. Such is the nature of abuse, however, and Nance’s eventual salvation can serve as a beacon of hope for other victims of domestic violence.