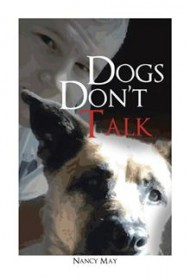 Just finished with his sophomore year, Ben is feeling lonely and wondering why he can’t get a girlfriend. Is it his overly round head (he laments that some say it’s “like a ball”) or the fact that he likes to play chess and is slightly geeky? In an attempt at self-psychoanalysis, he recounts stories from his childhood, including the trials of growing up with his autistic brother Johnny. Early on, the story is loosely structured with Ben’s flashbacks and reflections, then becomes more linear as it follows him through his summer and junior year.

Ben’s summer includes a visit from his eccentric aunt whose cheapness at restaurants is explained by Ben’s father: “She has T rex arms… ‘I would get the check but I can’t reach it.’” At the beach, Ben “borrows” his cousin’s baby in an effort to try to lure girls, with comic results. During his junior year, Ben excels at wrestling but battles bully Blake Barker and navigates the rocky road of his first romantic relationship.

May has created a funny, warm-hearted and engaging story, with a central character that’s reminiscent of Holden Caulfield and fast-moving dialogue that delivers both laughter and serious, touching moments. Readers may be a bit disappointed by the ending, which leaves a dangling thread. If May isn’t working on a sequel —and tying up that last thread—she certainly should be. We’ll be waiting.